Nobody Makes Tom Brady Bleed His Own Blood!Sports

Tom Brady was not happy Von Miller gave him a shot to the chin this past weekend...

Tom Brady and the Tampa Bay Buccaneers are having a hard time getting going against the Los Angeles Rams in the Divisional Playoffs this weekend. During the first half, Tampa Bay quarterback, Tom Brady, took a hit from former Denver Broncos Defensive End, Von Miller, that resulted in Miller's helmet striking Brady's chinstrap and face-mask.

Brady was flagged for a 15 yard unsportsmanlike conduct penalty following an argument with the head referee. Cameras showed Brady's lip bleeding slightly after the hit as he headed to the sideline. 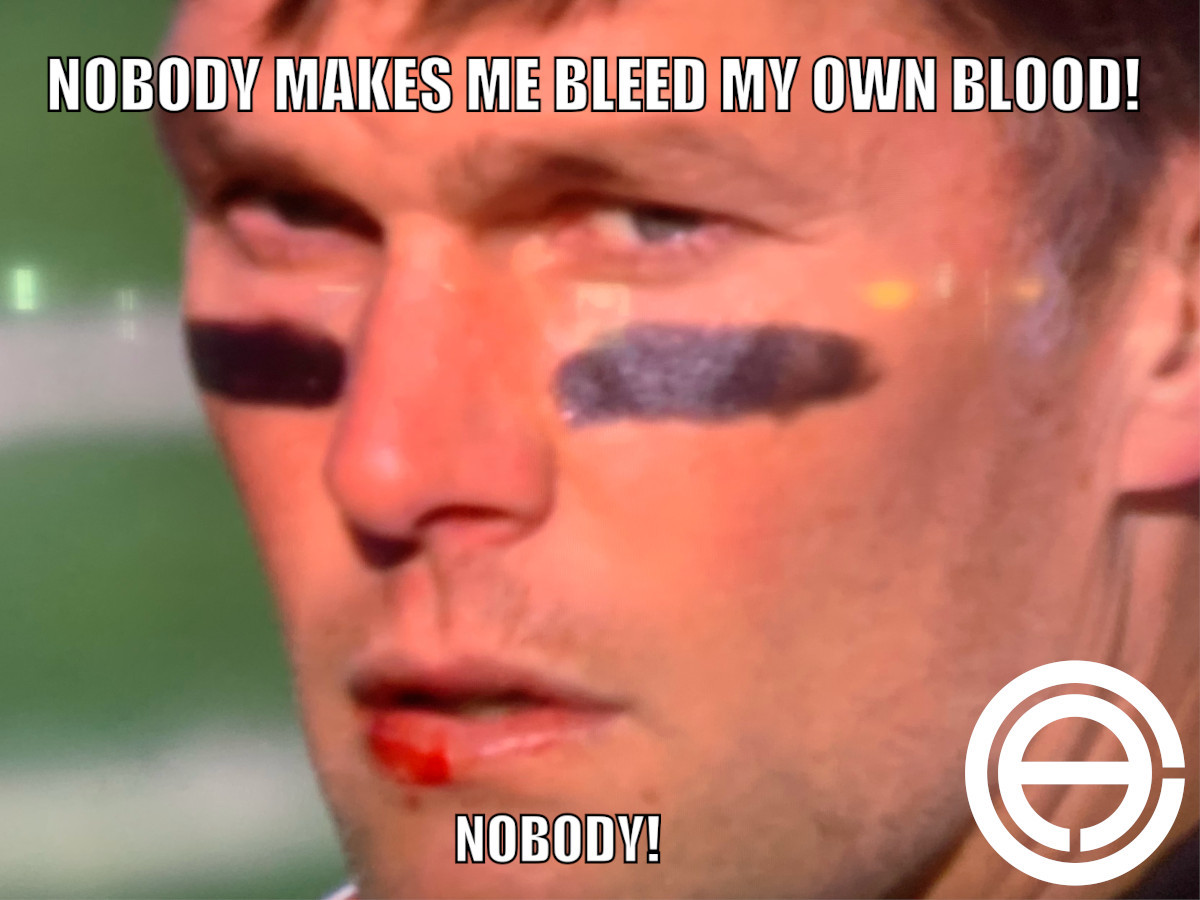