How a Podcast Gets Made - Part 1: The EquipmentPodcast Creation

How does a podcast get made? Well, when a man and a woman love each other very much… oh! You said podcast! Hahaha, well… let …

How does a podcast get made? Well, when a man and a woman love each other very much… oh! You said podcast! Hahaha, well… let me tell you another story.

When we first started our podcast, we weren’t really sure how it would go. Would people actually want to listen to us? Would we be able to navigate the treacherous waters of recording from two different locations? What kind of equipment should we invest in first to get started?

With my amateur background in audio recording and production, I knew a couple of basic things:

So the first thing I looked at were microphones. I didn’t want to spend a ton of money on a fancy podcasting microphone right off the bat, but I knew I needed something decent. After doing some research, I quickly settled on the Marantz Professional Podcasting Microphone. It was a USB microphone that came with a nice boom stand and was only $50, so I bought a pair for us to get started. 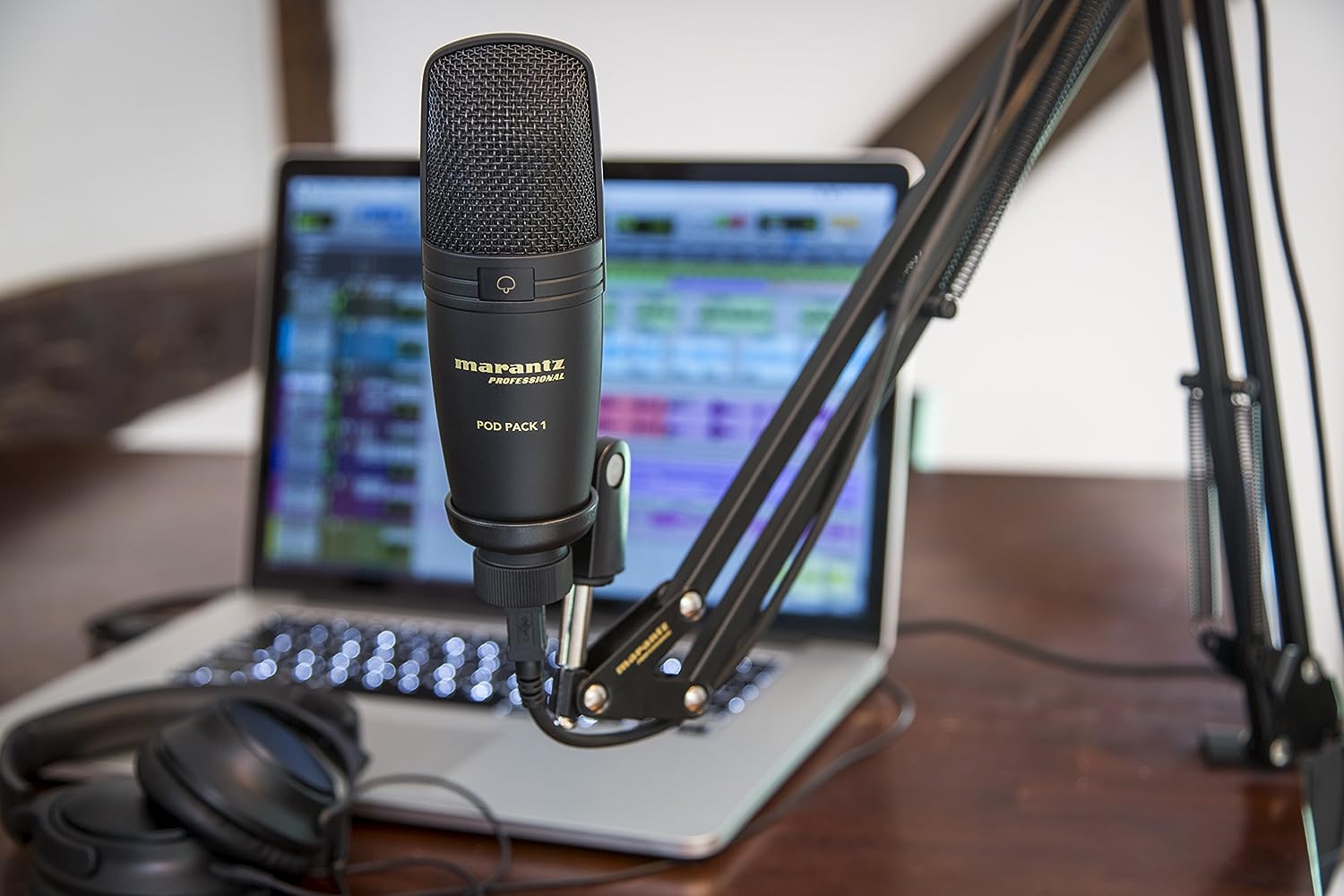 That’s where I ran into my first problem. The two microphones had the exact same digital signature when connected via USB to my computer, so despite the fact that I had both connected to separate USB ports, the computer only recognized one device as being connected. After doing some research, I discovered the only way around this was to send one of the microphones back to the manufacturer to have them update the ID of the second mic to make it possible for the computer to identify each one. That wasn’t something I really wanted to do, so instead I sent one back and started looking into other options.

Fortunately, because of my past life in a garage band that spent a lot of time recording our own songs, I had a decent amount of equipment saved up from the years. I dug out an old AKG XLR mic and decided to see if I could find a way to make that work. But now I needed something to connect this mic to my computer. That’s when I started looking into mixers.

There are SO many options out there for mixers it can be incredibly daunting. The most important factor for me starting out was to get something that would work out of the box and make it easy to record each input separately. After a quick search, I decided that the Behringer UMC204HD should do the trick. The reasons why I chose that particular mixer were:

I have been extremely happy with my Behringer mixer and would highly recommend it to anyone who is looking to get started in podcasting or basic music recording.

Once I had the equipment I needed, I set to the task of figuring out how to make all of this work. Andre and I had decided that in order to better accommodate our hectic schedules, remote recording would be the best option. This meant using a video chat service (we prefer Google Hangouts) to do our chat, then recording my audio directly into the mixer while passing Andre’s audio out of the headphone jack of my laptop and into the second input of the mixer, which required a 3.5mm audio cable and a 3.5mm to ¼” adapter to fit the Behringer input.

I needed another one of these adapters for the headphone out from the Behringer so I could hear Andre while recording. Then it was just a matter of cranking up the volume on my computer and adjusting the levels on the mixer to get the best recording sound I could.

One of the biggest issues we ran into early was getting a good sound for Andre since we were recording his audio through the video chat service. We considered recording his audio on his computer and then matching them up later, but after a little trial and error, we found a good mix of solutions that got us a really good sound:

That’s it for Part 1 of this series! Check back soon for Part 2 where we’ll talk about Post Production.